A solo exhibition with drawings and animations from the last 5 years with  collaborations with the Norwegian musicians:
Building Instrument, Mari Kvien Brunvoll, Terje Isungset, Røyst Trio.

Catastrophe and crisis can drive us to despair, yet it is also true that the energy released as we try to recover can simultaneously spark imagination, and boost creative output. “How beautiful – How catastrophic” explores the transforming powers of a crisis, as well as personal tragedies.

The animations in the solo exhibition of Simone Hooymans are a symbolic exploration of current global changes and challenges. Showing both sides of an ominous and at the same time beautiful world. Hooymans works seeks to capture the “beautiful and wonder of life that rarely fits a simple linear narrative”, but instead interacts in unknown and unexpected ways, producing an evermore unknown and unexpected future.

Hooymans art also has parallels to historical currents such as Norwegian neo-romanticism, which is characterized by a search for nature as a contrast to the industrialized and densely populated urban landscape. The Norwegian neo-romanticists were also interested in man’s unconscious soul life, for adventure, and for the relationship between nature and civilization. Formally, the thoughts are also brought to surrealism. Like the Surrealists, Hooymans is also interested in the relationship between consciousness and subconscious, or rather the interface between these two. This is how she works with a kind of wonder in her works. “

The exhibition How beautiful – How catastrophic shows the latest animation Earthfall (Ras) as main work of the exhibition. Ras had its cinema premiere at BIFF this year in Bergen and its exhibition premiere at Statens Høstutstillingen in Oslo and can now be seen in Kunstgarasjen. 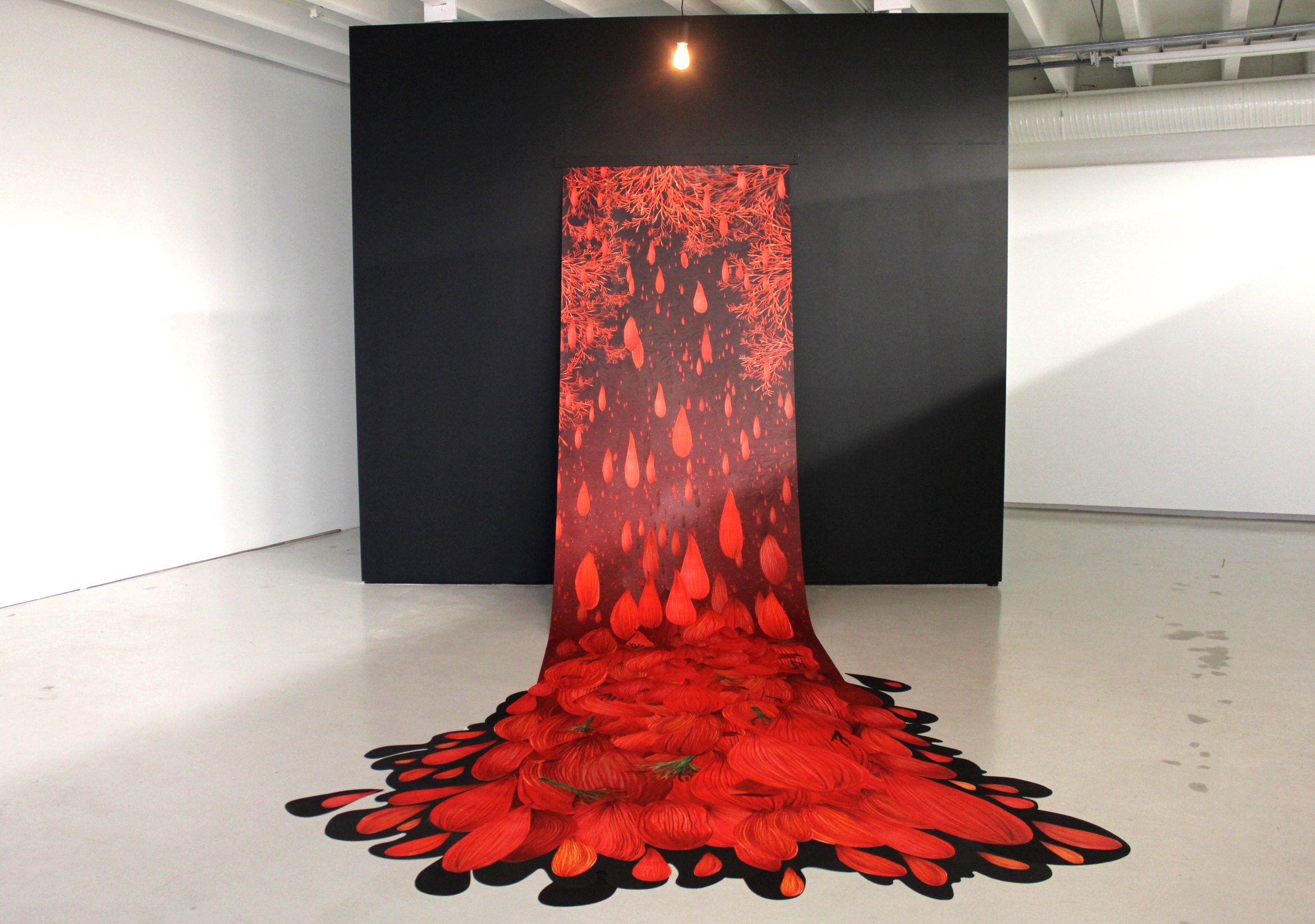 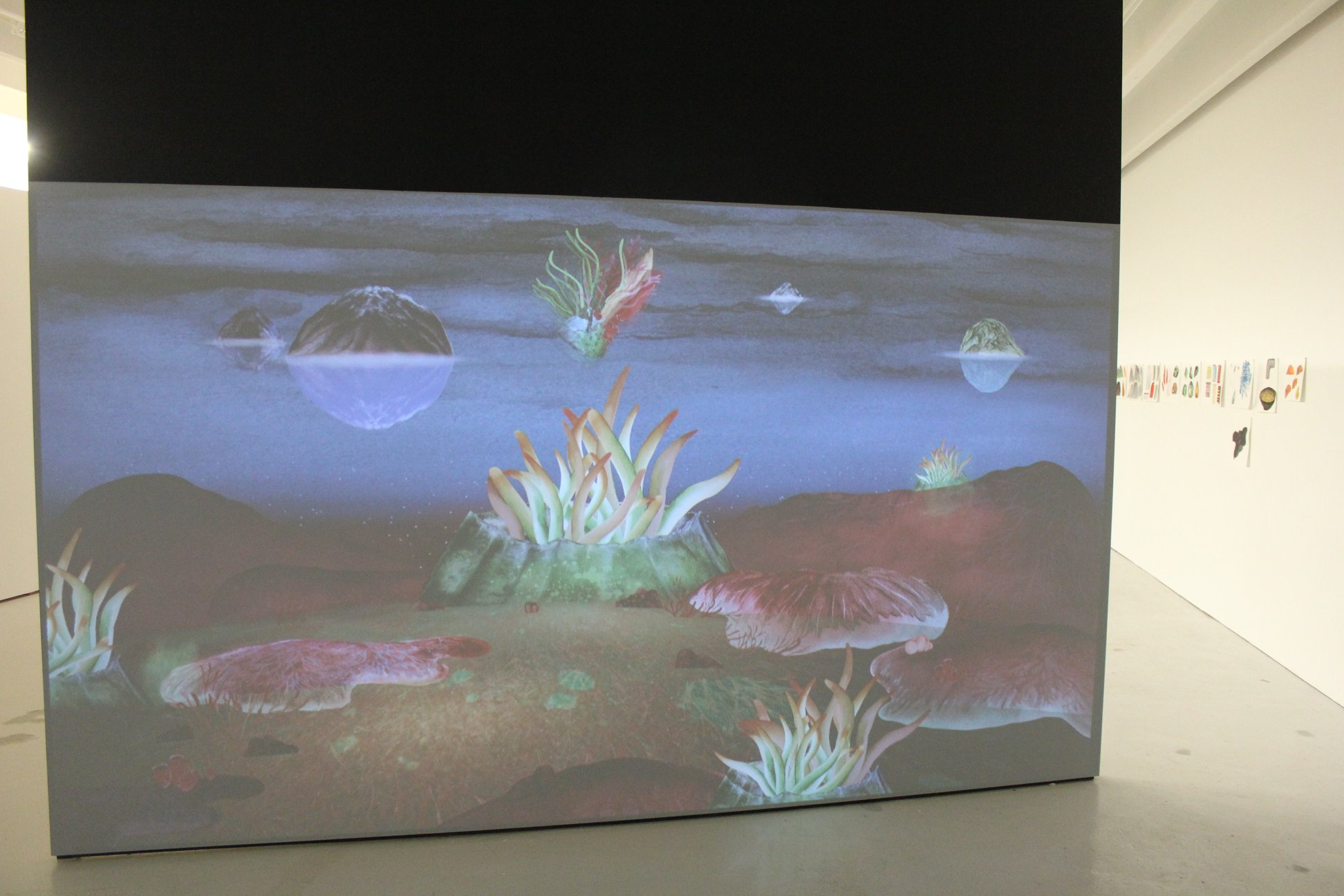 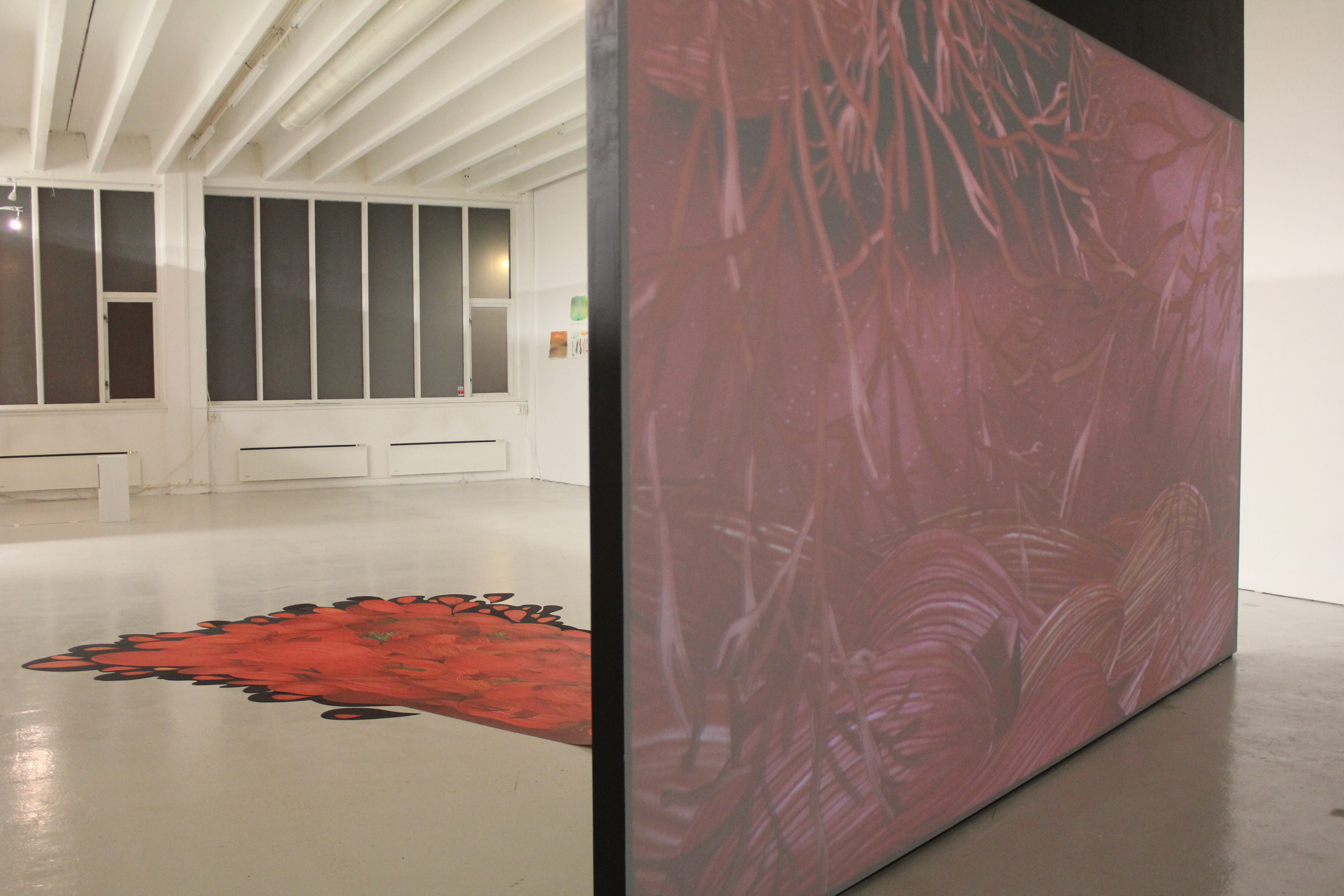 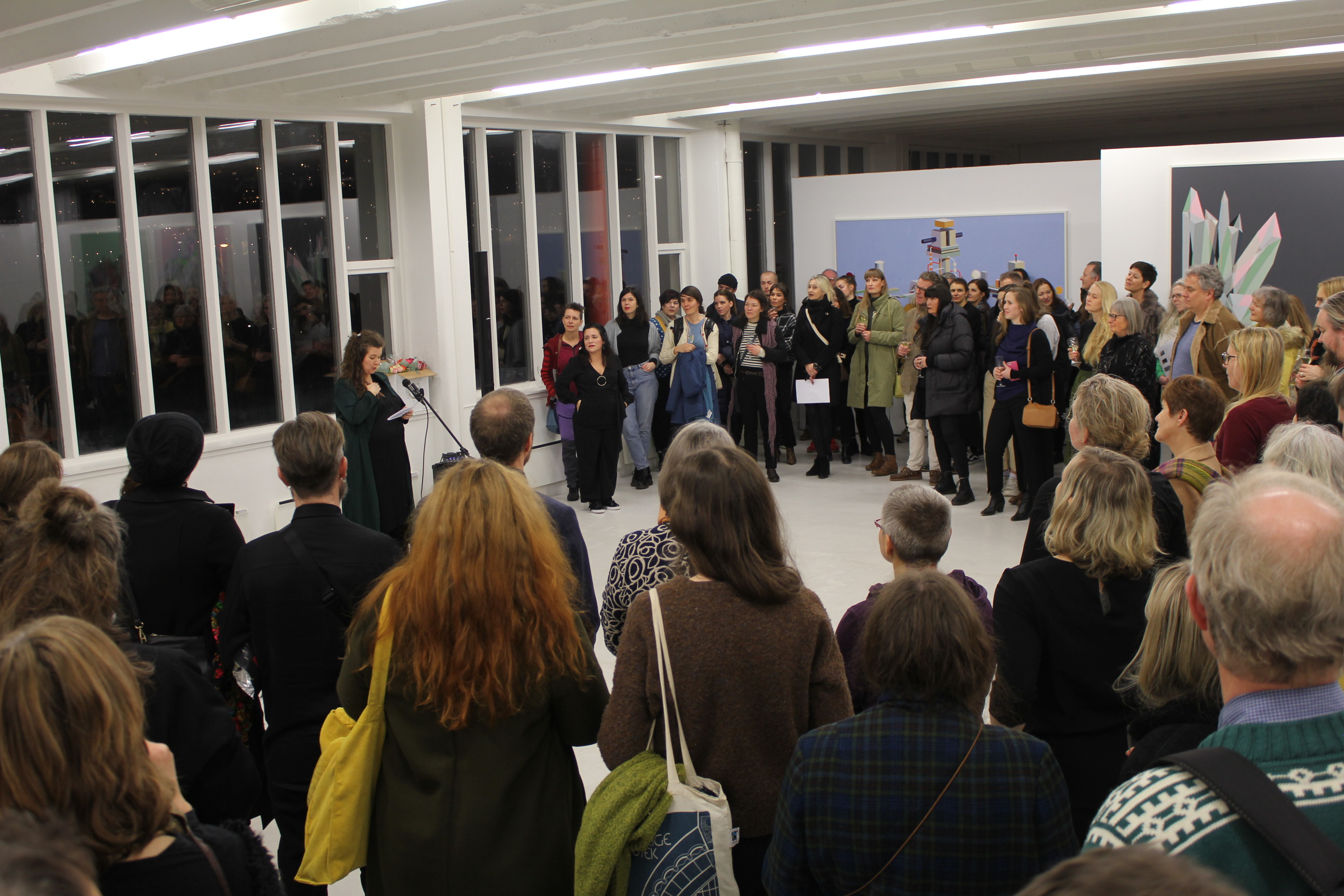 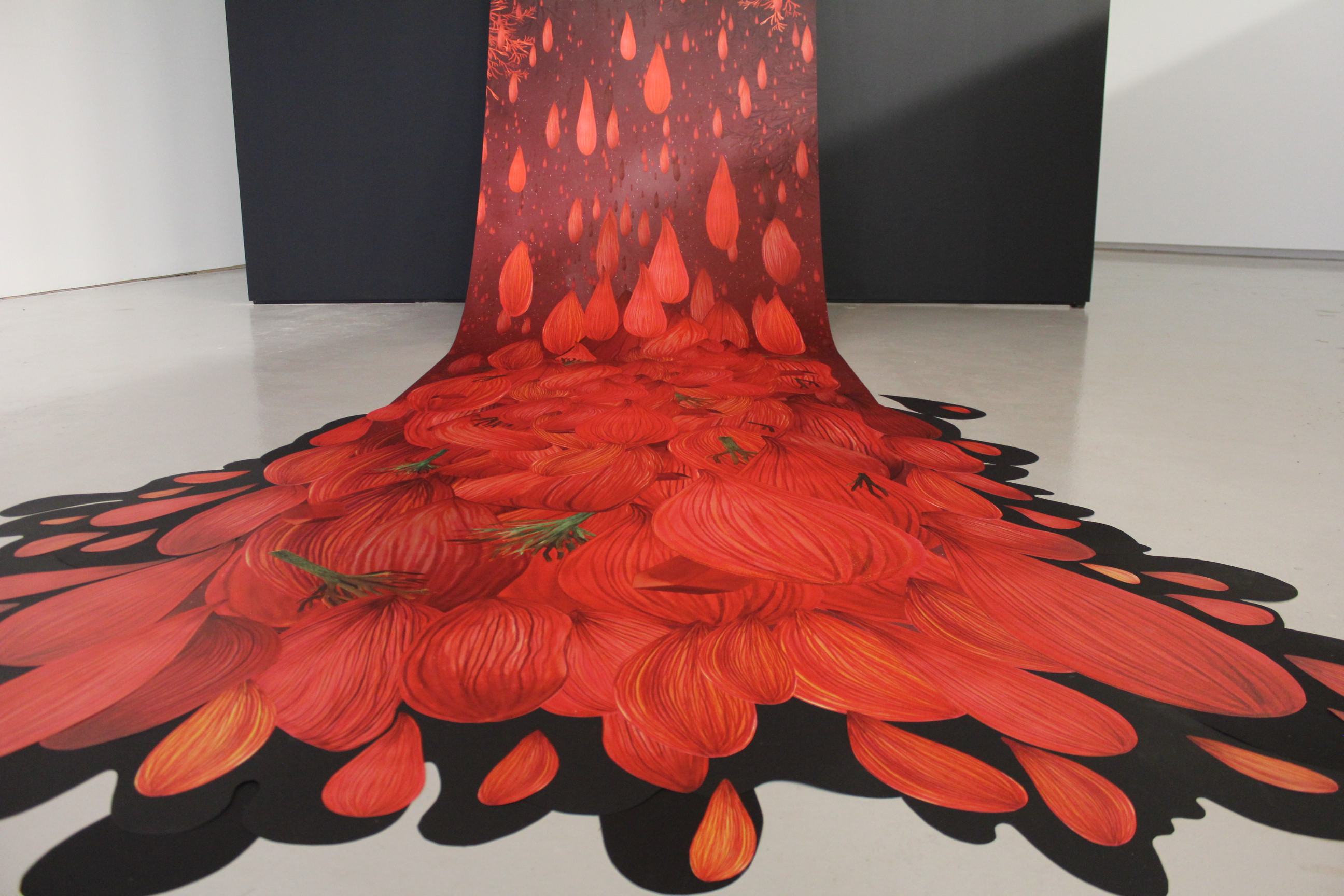 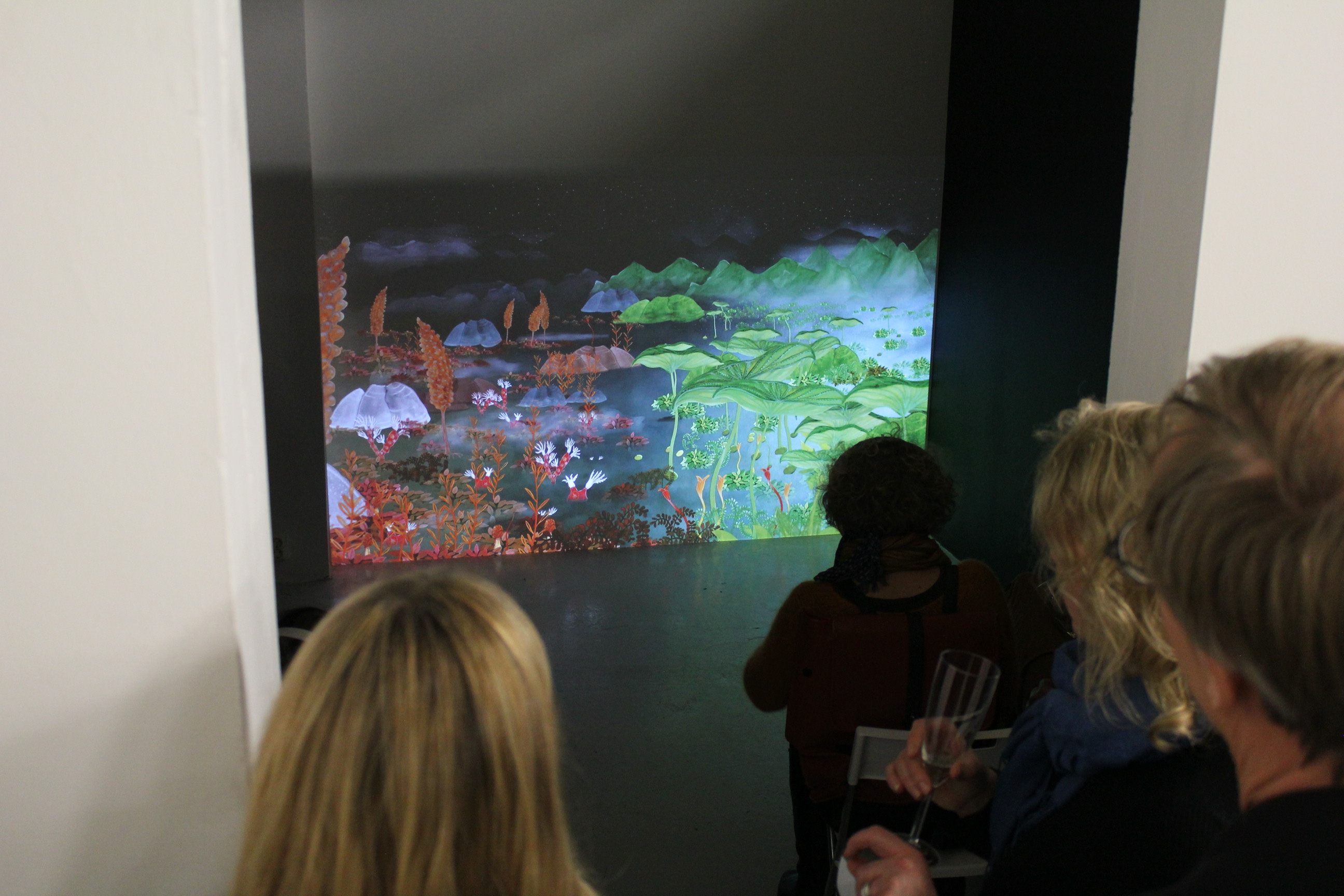 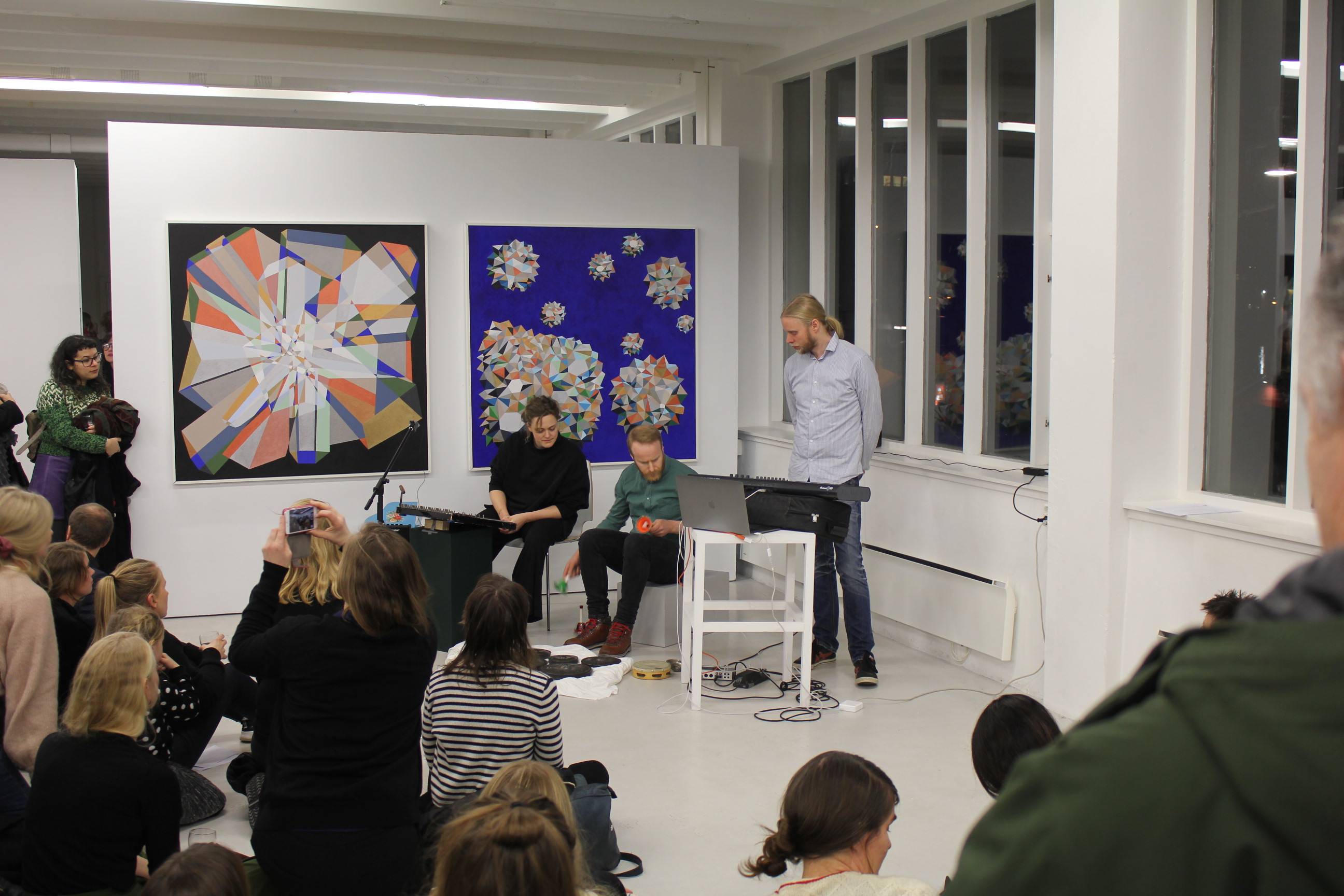 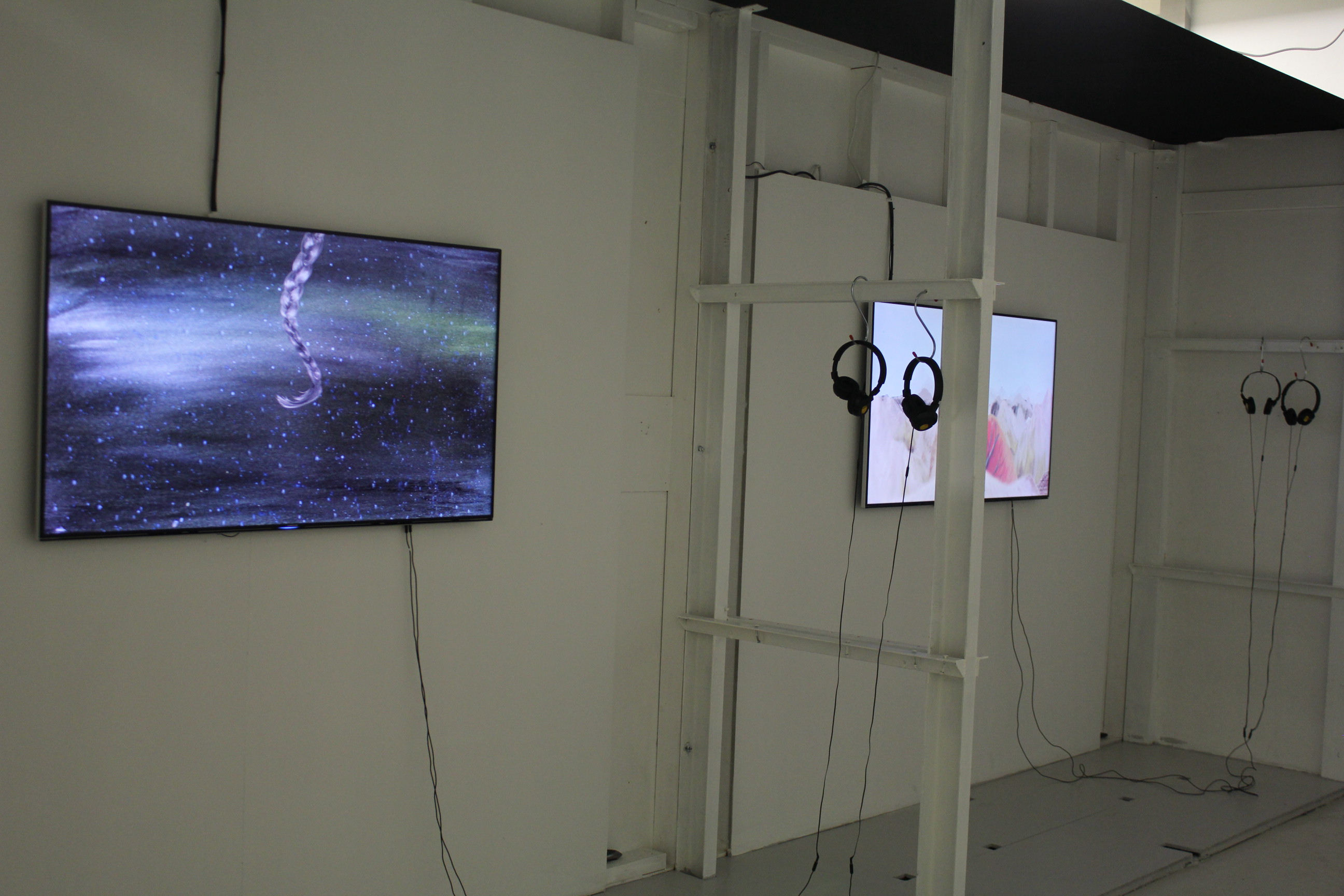 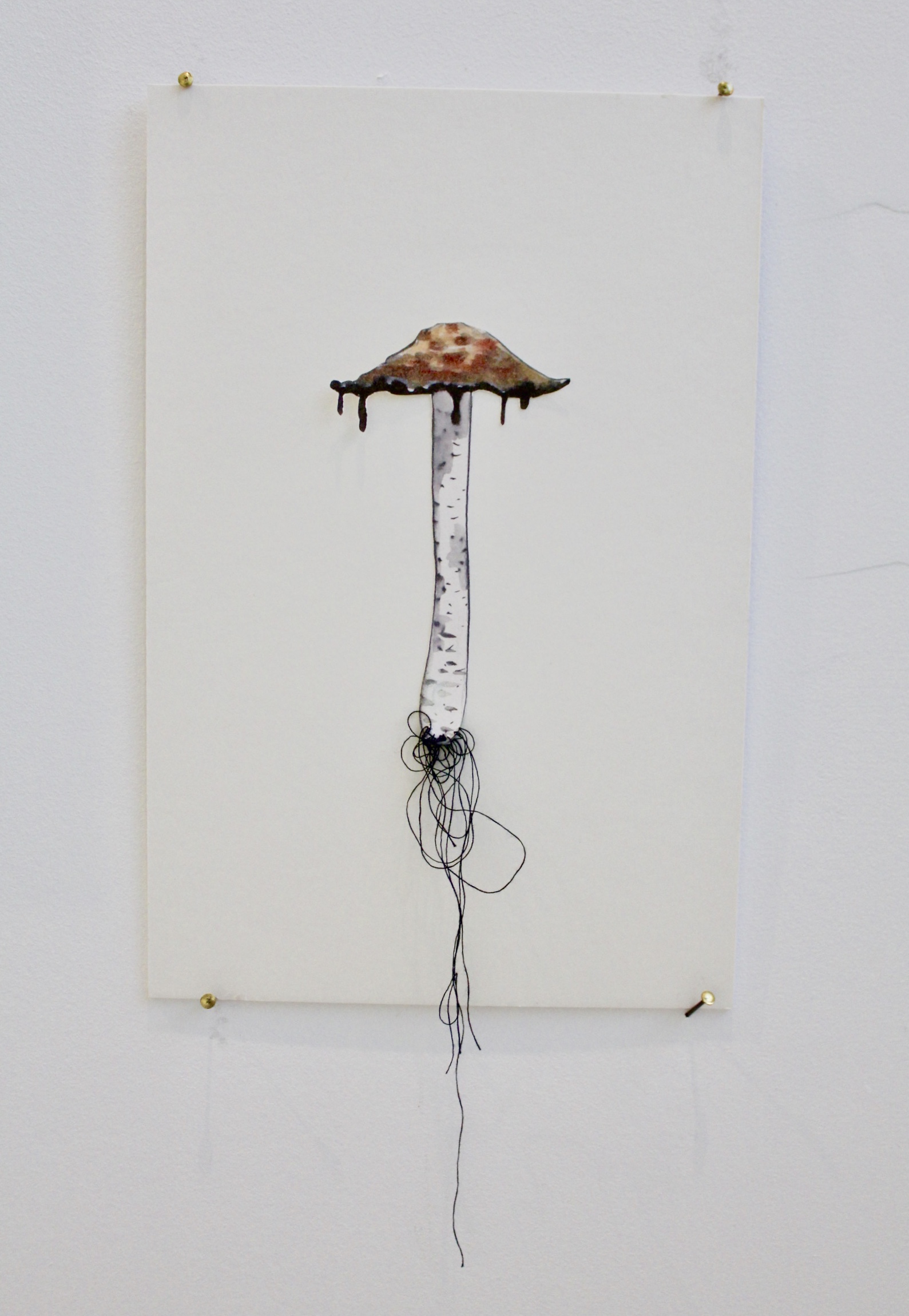 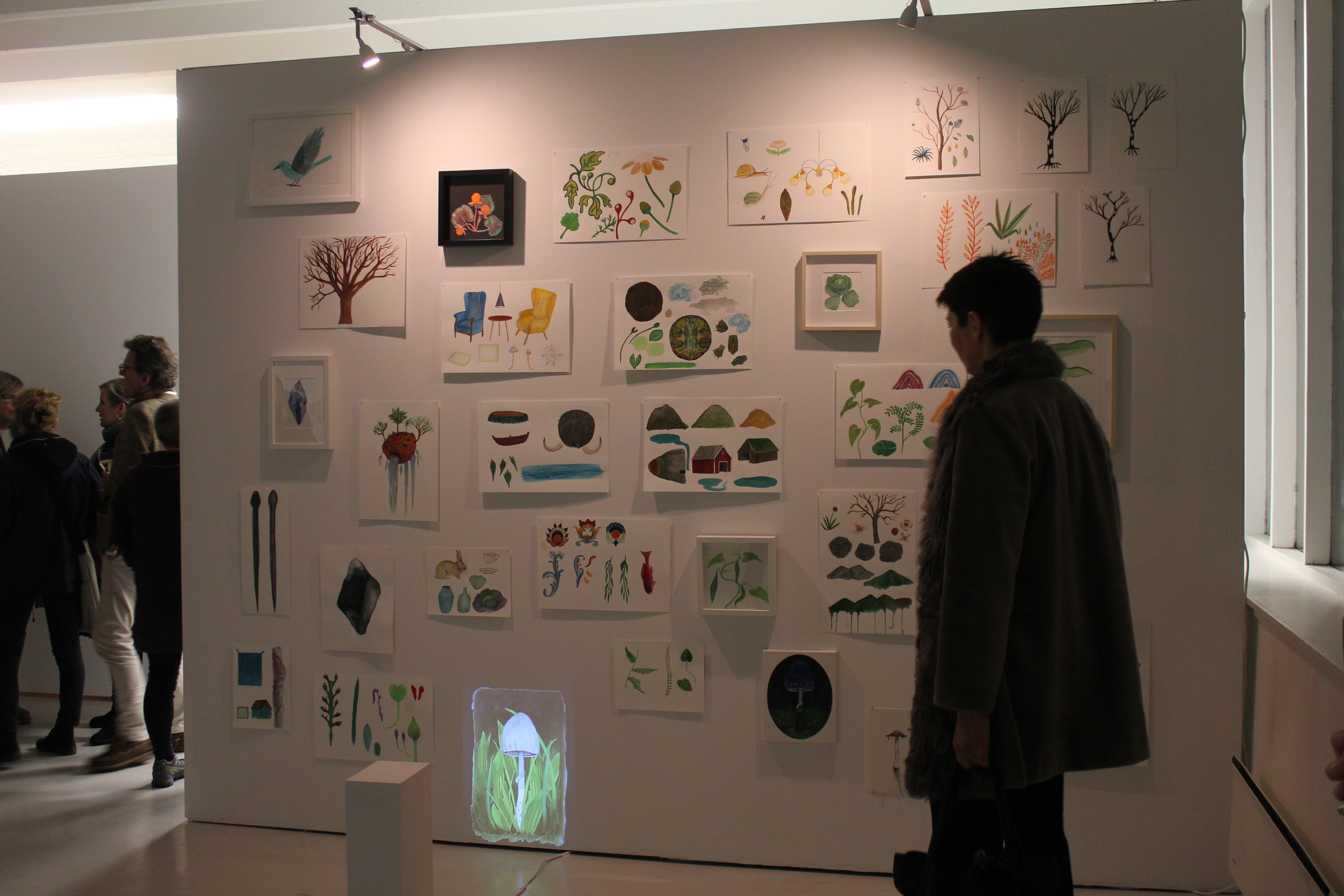